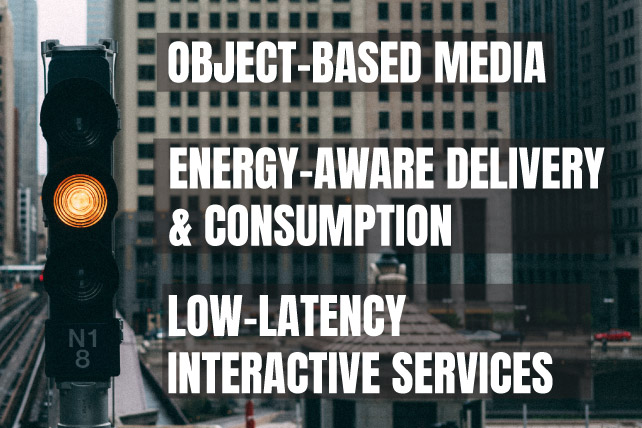 The DVB Steering Board has approved the launch of three new study missions that may lead to new standardization activities. The organization’s Commercial Module will oversee preliminary studies on object-based media, energy-aware service delivery and consumption, and low-latency interactive services.

The 102nd meeting of the Steering Board took place in Geneva last week, where Peter MacAvock (EBU, pictured above) was re-elected as chair for a further two year period. The newly approved study missions were added to the DVB workplan, with all three to begin work in the coming weeks. Any company interested in contributing to this work can contact the DVB Project Office. Find information about joining DVB here.

The new study mission will explore how programmes containing multiple media elements can be carried in DVB systems and identify where existing specifications may need to be enhanced to support object-based media. The scope of work required may include the carriage of media objects and related metadata, and the support for rendering at each stage of delivery.

In the context of continually rising demand for electricity and an increasingly urgent need to tackle the climate crisis, the second new study mission will examine how DVB could contribute to lower energy consumption during service delivery and consumption. The study mission will initially examine the potential for energy saving in delivery networks and home networks, later looking at potential savings in the receiver devices.

This topic was, in common with object-based media, the subject of a particularly well-attended session at the recent DVB World unconference in Brussels. Several potentially fruitful areas for discussion were raised during the session and will serve as useful initial inputs to the study mission.

The recent publication by DASH-IF of a report on DASH and WebRTC-Based Streaming was a key trigger for the third new DVB study mission. The report sets out several use cases that would rely heavily on low latency and interactivity capabilities. They include sports betting, live interactive music events, cloud-based game streaming, and in-stadium interactivity. DVB will investigate the level of interest among its Members to work on such use cases and relevant gaps in existing DVB specifications with regard to the selected use cases.

For all three of the new study missions, examining the potential for collaboration with other organizations and the reuse of existing standards and specifications will form part of the scope.

Last week’s Steering Board meeting also saw the approval of updates to important DVB specifications. The addition of the AVS3 codec to DVB’s video and audio coding toolbox has already been announced, with a revision of BlueBook A001 published. The DVB-DASH specification has also been updated, with the addition of both VVC and AVS3 video coding as well as the required signalling to deliver DVB Targeted Advertising (DVB-TA) in DASH-based services. These updates are contained in DVB BlueBook A168r5, now available for download.

Other updates approved or subject to approval by correspondence in the coming days related to DVB-I service discovery, DVB-SI (Service Information), and part 3 of DVB-TA. The related BlueBooks will be published over the coming weeks.

Photo by Joe Roberts on Unsplash