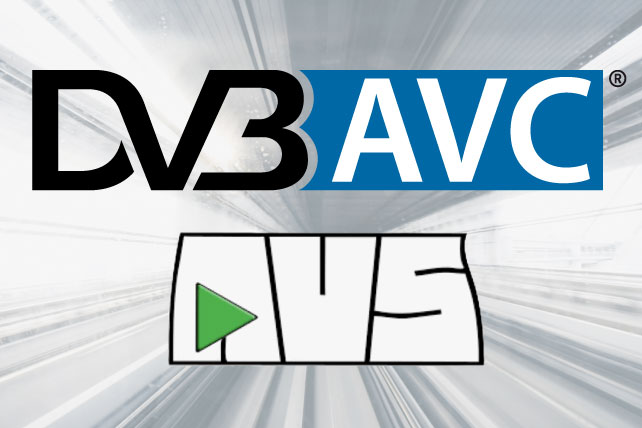 The DVB Project has added the AVS3 codec to its core specification for the use of video and audio coding in broadcast and broadband applications. This follows the addition of VVC earlier this year and marks the first time DVB has added a codec from the Audio and Video Coding Standard Workgroup of China, underlining DVB’s truly global footprint.

A new revision of the DVB-AVC specification has been approved by the DVB Steering Board and is available now as DVB BlueBook A001r20.

The addition of new codecs ensures that DVB continues to provide the world’s most comprehensive and flexible toolbox for the delivery of next generation television services, covering an increasingly diverse global market. These new video codecs are important enablers of enhanced experiences for broadcast and broadband, like 8K, as well as for accelerating the adoption of 4K UHD.

Having completed the specification on schedule, DVB’s TM-AVC group is now preparing reference streams that implementers can use for verification and validation (V&V). Work continues on the AV1 video codec, as specified by the Alliance for Open Media.

An update to the DVB-DASH specification, including the addition of the VVC and AVS3 video codecs, was also approved by the DVB Steering Board this week. A revision of BlueBook A168 will follow shortly. (Update 11.07.2022: A168r5 now published.)

AVS3, published in October 2021, is the latest member of the family of video coding standards developed by China’s AVS Workgroup. Results submitted to DVB indicate that it is capable of encoding video with approximately 40% bitrate savings for the same subjective quality compared to HEVC. This places AVS3 among the world’s most efficient video coding technologies.

The AVS Workgroup was founded in 2002, and its first and second generations of AVS video coding have been widely used in HDTV and 4K television broadcasting in China. AVS3 standard development started in December 2017, with the main profile being finalized in March 2019. The high profile, now adopted in DVB-AVC, was finalized in August 2021 and published as an AVS industry standard (T/AI 109.2-2021).