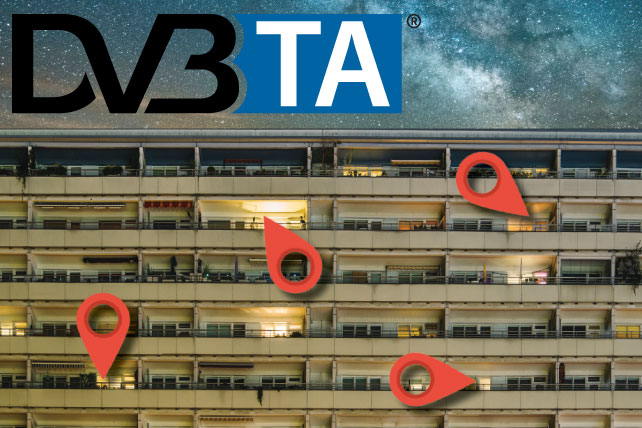 Targeted Advertising: from specification to implementation

Mediaset, the major Italian commercial broadcaster, has been involved as a DVB Member for many years, taking advantage of the opportunity to contribute to the definition and standardization of new technologies. Since the days of MHP, we have understood that a deep involvement in DVB and other standardization bodies is key to maintaining a leading position in the competitive environment where new technologies come along more and more frequently.

This article describes how Mediaset has developed a proof of concept based on the newly released Targeted Advertising (TA) specifications, aiming at real product deployment to offer personalized advertising slots to our advertising agency and its clients.

>>> DVB and the HbbTV Association are collaborating on a two-part webinar series on Using Targeted Advertising on Broadcast Television.<<<

For the Mediaset Group, TA is strategic mainly because it offers the best of the two worlds of television and digital: brand safety in a curated editorial environment, viewability, regulation, and addressability. It is therefore essential for our company to invest in the development of such formats, in order to satisfy the evolving needs of our advertisers.

TA can be used in an upselling strategy towards brands that already use television advertising, by extending their linear campaigns on connected TVs in order to ensure either incremental reach or additional frequency. It also makes television accessible for first-time advertisers, such as SMEs and local businesses, since it requires lower budgets, avoids ad waste and allows geographic segmentation.

Not least, TA allows broadcasters to prevent video ad budgets shifting away from television towards ad-funded online platforms from the likes of Google, Amazon and other digital players.

From a technical point of view, in 2017 we understood the potentialities offered by the HbbTV 2.0 core specification thanks to early terminals deployed in the Italian market at that time. Italian broadcasters agreed on a “Statement of Direction Towards HbbTV 2.0” in 2014, moving away from MHP in a green-field HbbTV context that avoided an HbbTV 1.5 legacy. Such a choice allowed us to count on terminal implementation compliant with the HbbTV 2.0 core specification, which introduced HTML5 functionalities and in particular, within the scope of TA, the HTML5-video-element and the DSMCC do-it-now stream event.

Based on those HbbTV 2.0 core functionalities, a client-side-ad- substitution (CSAS) module was developed and integrated in Mediaset Play, the Mediaset broadcast-related catch-up and VOD HbbTV application signaled on all Mediaset channel line-ups, enabling personalized ad substitution in live broadcast.

Figure 1 shows a high-level diagram of the implemented solution where the Mediaset Play HbbTV application, with a CSAS module running, is compared to a terminal not providing the application.

The solution uses synchronous triggers instructing the HbbTV application to:

The proprietary solution used to trigger the application, and integrated into our legacy playout system chain, provides a working mechanism to achieve a satisfying level of performance on deployed HbbTV 2.0 terminals.

The solution was deployed in 2019 and since then is up and running as a commercial product; nevertheless, we faced some relevant issues:

As a consequence, we were not able to count on a well-functioning and predictable set of reachable terminals without putting in place a managed terminal “whitelist” to address only the subset of well tested and verified HbbTV 2.0 terminals.

In June 2018 a set of commercial requirements for TA were approved by the DVB Project; the technical groups delivered their work around the end of 2019, offering a TA framework that includes the specification for the “Carriage and signalling of placement opportunity information in DVB Transport Streams” (DVB-TA Part 1) and the guidelines for “Interfacing to an advert decisioning service and optimal preparation of media” (DVB-TA Part 2). The HbbTV Association, on the other side, provided the terminal specification to be applied on top of an HbbTV 2.0 compliant terminal, providing new functionalities to an application in order to perform the ad substitution in a predictable and invariable way (HbbTV-TA).

The arrival of the new set of TA specifications and guidelines allowed us to remove the proprietary solution and resolved the aforementioned issues. The new solution is still based on a CSAS module which is integrated in the HbbTV Mediaset Play application. Figure 2, related to an HbbTV terminal running Mediaset Play, illustrates where the new TA specifications apply.

Because the whole set of TA specifications were brand new, when we started to study how to best implement them, there were neither products nor prototypes for any of the blocks in the end-to-end chain; once again we faced the well-known chicken-and-egg scenario, which led us to develop a proof of concept in collaboration with technical partners involved in the whole production chain.

Three main areas of work, depicted in Figure 3, were identified:

The proof of concept and the test activities have been successfully completed. The implementation of various use cases required by Mediaset confirmed what was foreseen by the specifications.

The terminal executes the ad substitution within the time constraints imposed by the HbbTV-TA profile #2 for all audiovisual content formats considered relevant.

The whole project has been performed 100% in agreement with the TA standards, providing solutions for issues we found in early implementations based on the HbbTV 2.0 core specification and allowing a forthcoming launch on the market of TA based on DVB-TA and HbbTV-TA specification.

Stefano Braghieri has more than 25 years of experience in broadcast technologies in various capacities, from code writing to standard definition. He has been working for Mediaset since 2011, involved in technical and commercial support for new technologies and product innovation.