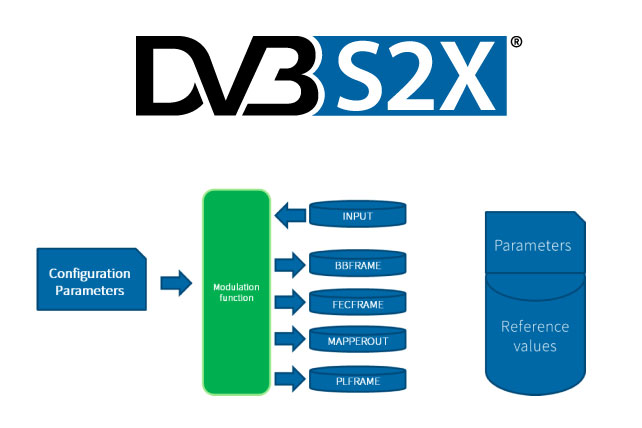 The most recent update to the DVB-S2X specification added support for beam hopping, a technique that enables more efficient use of satellite resources. DVB has now published a set of materials for “Verification & Validation” of DVB-S2X beam hopping implementations. Freely available for download from the DVB website, this V&V package facilitates the production of interoperable, standards-compliant equipment.

Satellite beam hopping works by grouping the cells covering a given territory in clusters; the cells of each cluster are visited by the satellite beam in successive illumination periods. This enables efficient and flexible use of satellite resources for applications such as VoIP, cellular backhaul, Internet of Things, maritime and in-flight connectivity, and government applications.

For satellite operators, the higher utilization and increased capacity provided by beam hopping enables lowering the cost-per-Mbit offered to their customers. Having a standardized air interface opens the market for a variety of suppliers, service providers and equipment manufacturers, thus lowering the effective cost of the ground segment and enabling a viable business model.

By developing a standards-based approach, DVB has helped to ensure that modern satellite terminals using beam hopping will be more affordable for end users. Interoperability also enables a wider market by providing access to a variety of services over different modern satellite systems.

The V&V package for DVB-S2X beam hopping utilizes simulation, in which computer files describing the waveforms are used to assess standard compliance. The objectives are as follows:

The complete package can be downloaded from the V&V section of this website.

The latest version of the implementation guidelines for DVB-S2X, TR 102 376-2 V1.2.1, was published by ETSI at the end of January.

Finally, an editorial revision of the DVB-S2X standard itself has been published this week as DVB BlueBook A083-2r2 and will be forwarded to ETSI. It includes some improvements to the text arising from the process of developing the V&V materials.