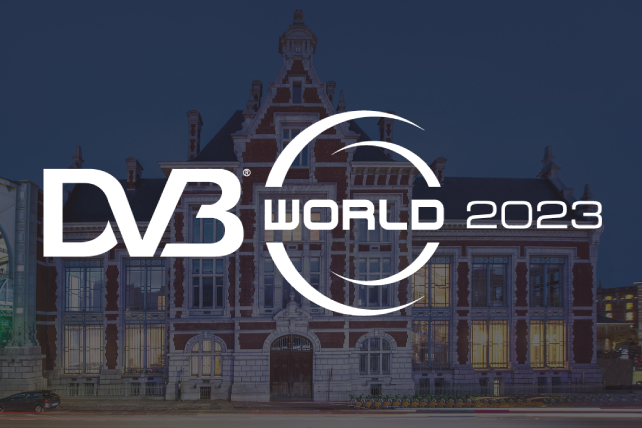 DVB World will return to Brussels for another unconference

DVB World 2023 will return to the Maison de la Poste in Brussels on Thursday 22 June*** and will again be run as an unconference. The format, which sees participants co-creating the agenda together at the event itself, generated overwhelmingly positive feedback when DVB World embraced it last May. Registration for next year’s event will open in January.

[***Note that this is a change from the date originally announced, owing to an unforeseen clash with another industry event]

DVB World 2022 attracted 120 participants who were curious to see what an unconference would bring. What it brought was around 25 sessions on a wide variety of topics related to media delivery and standards, generating a day of intense discussion and debate.

As was illustrated by last week’s webinar reviewing DVB World 2022, it didn’t stop with discussion: the majority of sessions led directly (or at least contributed) to concrete actions such as the kick-off of new DVB study missions, impactful technology demos, valuable input to DVB’s specification setting and verification processes, and more.

The organizers hope that DVB World 2023 will attract even more participants who will together build an agenda that again reflects the most pressing challenges and most promising opportunities for the media delivery industry.

As an unconference, there will be several parallel sessions running throughout the day, so will be worth attending with one or more colleagues to ensure all relevant topics are covered.

Registration fees will remain at the same low level (€50 for DVB Members and €100 for non-members); and companies are invited to consider signing up as supporters, with three registrations included along with visibility before, during and after the event. Supporter packages will also remain at the same low cost: €1,000 for Members and €2,000 for non-members.

Looking back at DVB World 2022

A webinar held on 3 November ran through every session held at DVB World 2022, with a brief summary of the discussions and an update on what had happened since May in each case.