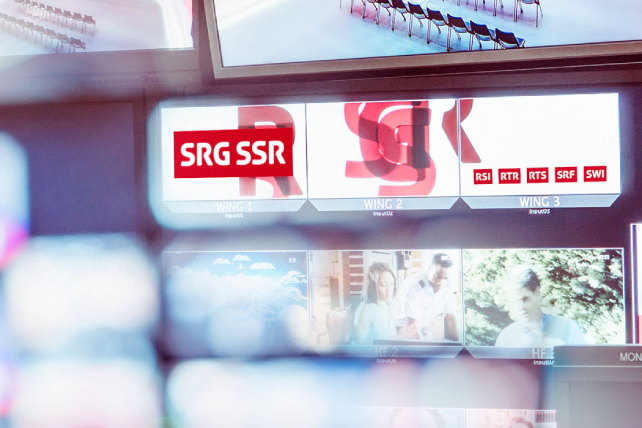 Why is Switzerland switching off DTT?

Switzerland will switch off its free-to-air digital terrestrial television (DTT) service in 2019. The decision is based on the very low penetration for DTT in Switzerland and the continuing rise in IPTV subscriptions. The move is part of a package of cost-saving measures agreed between the Swiss public broadcaster SRG and the Swiss Federal Council following the recent ‘No Billag’ referendum.

Switzerland’s primary free-to-air broadcast platform remains the DVB-S2 based satellite service. Most Swiss households receive a basic TV package in their broadband subscription, which explains the rise in IPTV reception in recent years. IPTV already had a penetration of 48.4% by 2016 according to the EBU Media Intelligence Service.  A spokesman for SRG said that the company estimates the DTT switch-off will affect only around 64,000 households. There are 2.7 million TV households in Switzerland.

Switzerland’s decision is also a reflection of changing viewing habits, where there is a greater shift to online consumption of content. HbbTV forms an integral part of the Swiss proposition on cable, IPTV, satellite and DTT, and DVB’s work on facilitating the broadband delivery of its services through DVB-I and other techniques addresses this shift.

Other markets in Europe have a much stronger reliance on DTT than Switzerland. The average penetration for DTT on the main set for the EU27 is 27.7%, with Croatia, Greece, Italy and Spain all having rates above 50%. (DVB Members can access detailed information on DTT implementation around the world via the DVB Worldwide section of this site.)

The vast majority of countries launching DTT services today choose DVB-T2. As European countries that still use DVB-T plan their transition to DVB-T2,  services will continue to prosper as their platforms are enriched with UHD, HDR and enhanced catch-up services. “DVB takes great pride in continuing to be the backbone of digital television, in Europe and around the world, no matter how it’s delivered,” said Peter MacAvock, chair of the DVB Project.