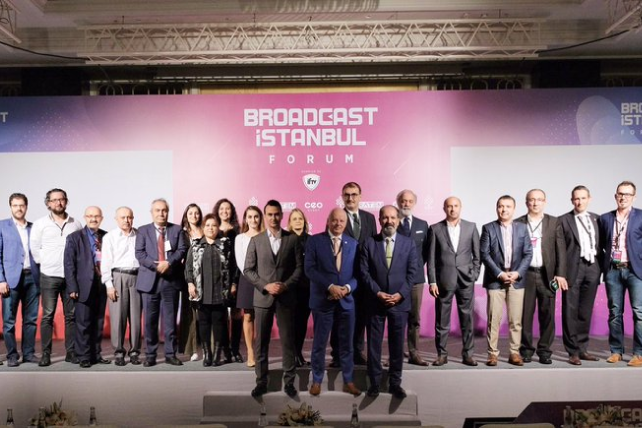 Part of the international Istanbul Film TV Forum (IFTV), the Broadcast Istanbul 2018 Forum brought together a wide cross-section of stakeholders in the Turkish media industry. In addition to Head of Technology Peter Siebert and Promotion & Communications Module chair Stan Baaijens (Funke Digital TV), several other active DVB participants were speakers at the event.

Stan Baaijens took the audience on a “Journey of Broadcasting; from Past to Future”, while Peter Siebert  provided an overview of 25 years DVB standardization, culminating in the latest set of UHD specifications. He explained that future DVB work will focus on hybrid broadcast broadband service delivery and applications.

The EBU’s Walid Sami spoke about the potential of 4G and 5G technology for terrestrial broadcasting, noting that standardization of a 5G broadcast mode has just begun. He said it will take several years before consumer and professional 5G broadcast equipment will be on the market.

In a presentation on the latest developments in terrestrial broadcasting in Turkey, Murat Süreyya Kuran of PTT Kule A.Ş. provided an update on the roll-out of DTT. The new broadcasting tower in Istanbul will be equipped with several DVB-T2 transmitters. PTT Kule A.Ş is the sole tower operator licensed by RTUK (Radio & Television Supreme Council) to provide terrestrial broadcasting services in Turkey and will handle the roll-out of the Turkish DTT network.