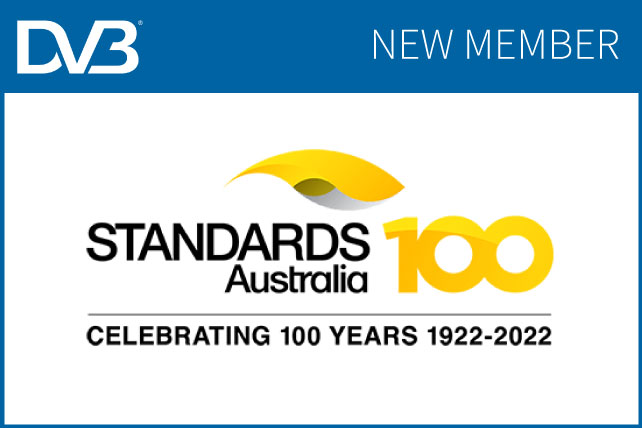 Standards Australia has become a Member of the DVB Project, with the status of Observer. Its application was approved at the recent DVB Steering Board meeting in Geneva.

Based in Sydney, Standards Australia is an independent, non-governmental, not-for-profit standards organization. Alongside offering Australian stakeholders from a variety of sectors pathways to develop standards, it also participates in the development and adoption of international standards and accredits other standards development organizations in Australia.

“Standards Australia is pleased to be recognized as an Observer of standardization activity in the DVB Project,” said Roland Terry-Lloyd, Head of Engagement at the organization. “This allows us to support the development of Australian digital television standards, which are focused on the adoption of ETSI / DVB standards. Standards Australia is aware of the exponential development of audiovisual technologies in an expanding digital media sector. Recognizing that DVB standards have become the benchmark for digital television worldwide, joining the DVB Project will allow us to align with these global standards. We look forward to working with DVB to help shape Australian standards and guidelines.”