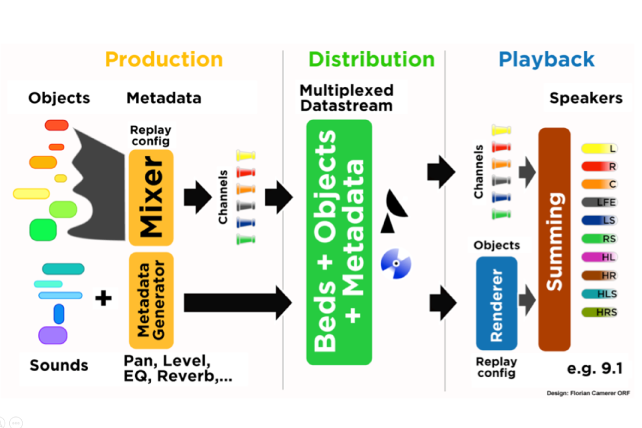 A webinar on Next Generation Audio (NGA) in DVB is now available to view on DVB’s YouTube Channel. It is part of an occasional series that has already covered DVB-SIS, DVB-DASH, subtitling systems, Smart TV security and UHD in TS 101 154.

The NGA webinar was presented by BBC Principal Technologist Simon Tuff, with input from Wolfgang Schildbach of Dolby, Ted Laverty of Xperi and Adrian Murtaza of Fraunhofer IIS.

DVB’s guidelines for the use of video and audio coding in broadcast and broadband applications (TS 101 154) includes three NGA systems: MPEG-H Audio, DTS-UHD and AC-4.