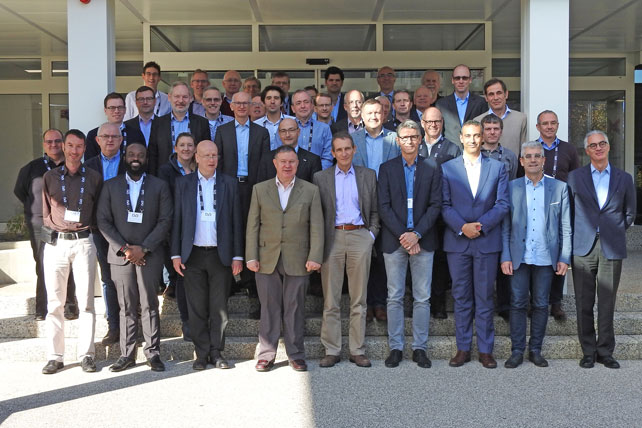 In a busy week for DVB, the outgoing Steering Board made several key decisions, while the 2019 General Assembly elected a new Steering Board for the coming two years.

At yesterday’s General Assembly, 38 organizations were elected across the four member constituencies as follows:

The names of the Steering Board representatives for the above companies, along with the ex officio members and observers, can be found here.

The outgoing Steering Board met on Tuesday this week, making several key decisions. One major landmark was the approval of the first DVB-I specification, which has been published as DVB BlueBook A177.

Also approved were the Commercial Requirements (CRs) for Home Broadcast, which had been defined by a Commercial Module subgroup chaired by Nghia Pham (Eutelsat). They set out the requirements for a DVB specification to enable consumption of broadcast content that has been re-transmitted, through IP means, by a server located in the same LAN as client devices.

The work builds on the SAT>IP specifications, following the establishment of a formal liaison between DVB and the SAT>IP Alliance. The CRs have been sent to the DVB Technical Module for appropriate specification work.

An update of the DVB Workplan was approved, providing a snapshot of the current status of all DVB work items and a timeline for their future progress.

The new DVB Steering Board will meet on 13 February 2020.