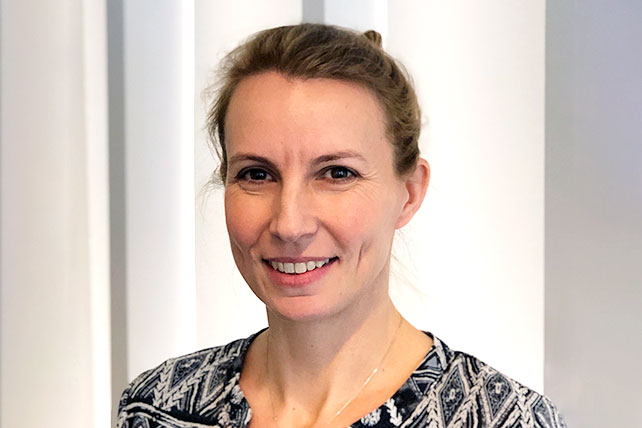 We are pleased to announce that DVB’s new Head of Technology is Emily Dubs. She will take up the position in the DVB Project Office as of January 2020.

Emily comes to DVB with 20 years’ experience in the digital television industry. She has worked with several DVB Members across a variety of roles, including with Thomson Video Networks (now Harmonic), TeamCast (now ENENSYS Technologies) and SmarDTV/Neotion. Her LinkedIn profile provides more detail.

Her career so far has taken her from end to end in distribution technologies, covering headend equipment, modulators and set-top boxes. She has strong expertise in the traditional broadcast world along with a solid grounding in emerging technologies from the broadband world. “The ultimate goal,” she says, “is combining the two, so that the industry can get the best out of them.”

Emily comes to DVB at a time when the question of combining broadcast and broadband technologies in a complementary way is at the top of the agenda. With the recent approval of the DVB-I specification for internet-based service discovery and programme information and the first of DVB’s Targeted Advertising specifications, the organization is seeing a renewed interest from Members and non-members alike. The forthcoming Multicast ABR specification and the recent addition of a low latency mode to DVB-DASH are other important parts of the emerging picture.

As Head of Technology, Emily will be the go-to person on all technical and standardization matters within DVB. Along with DVB Chair Peter MacAvock, she will be the public face of DVB, representing the organization around the world at conferences and tradeshows. She will also provide support to DVB’s modules and working groups.

She joins Eva Markvoort (Head of the Project Office) and Désirée Gianetti (Events Manager) in the DVB Project Office, located in the headquarters of the European Broadcasting Union in Geneva.

DVB’s previous Head of Technology, Peter Siebert, retired at the end of November, having worked at the DVB Project Office since 2009. He remains active within the industry, notably as an Adcom member of the IEEE Broadcast Technology Society.