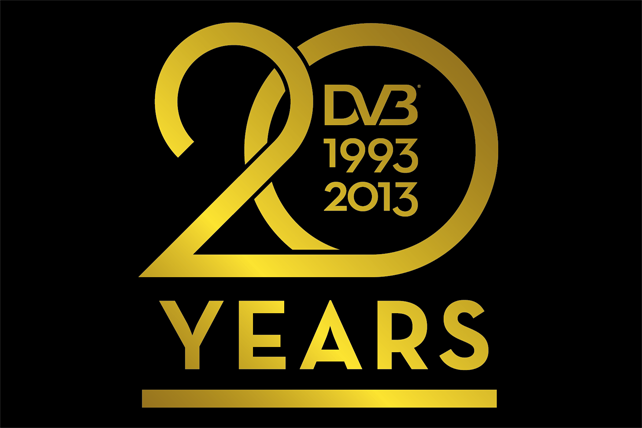 September 2013 marks the 20th Anniversary of the founding of the DVB Project. The proliferation of DVB based TV services around the world are evidence of the impact the DVB Project has had in the twenty years since its inception in 1993. With second generation standards now established and the number of receivers reaching the one billion mark, DVB continues to be a vital force in digital media.

In a special eight page supplement we bring you some of the highlights of the last twenty years with messages from the DVB Chairman, Phil Laven, Helmut Stein (Chair, Promotions and Communications Module), Graham Mills (Chair, Commercial Module) and Nick Wells (Chair, Technical Module). David Wood provides a personal reflection on the 20 years of DVB. We also bring you our extended timeline, which marks the significant milestones achieved over the period. We hope you enjoy reading this special anniversary issue.

Join us in September at IBC 2013 to celebrate or download the special DVB Scene issue now.