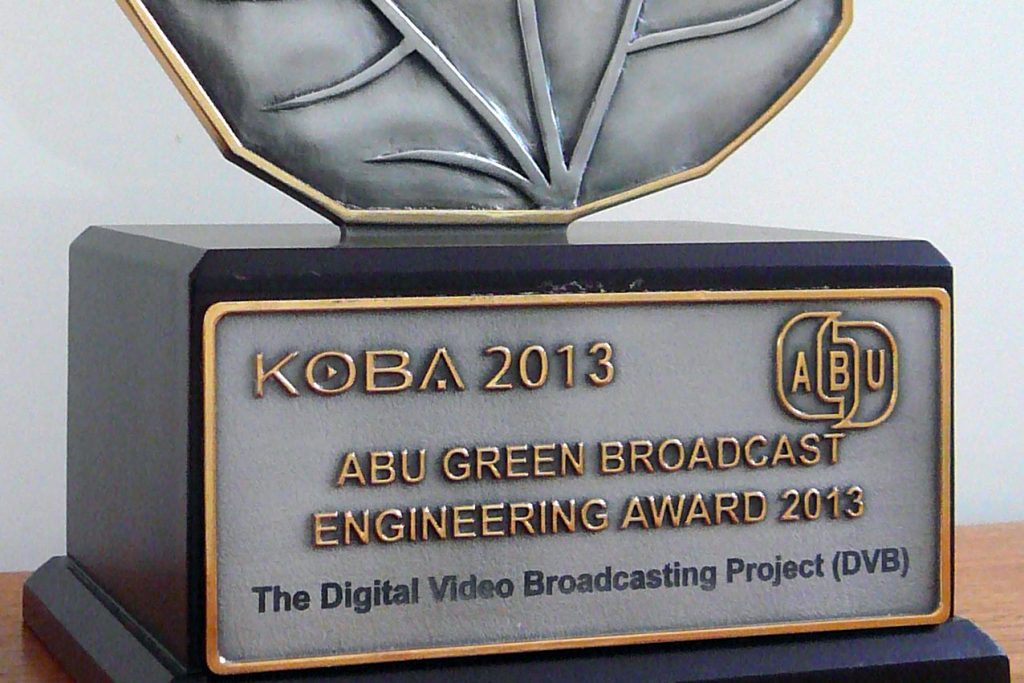 DVB has been selected for the ABU Green Broadcasting Award in recognition of DVB-T2 as a revolutionary technology that, compared to all other terrestrial distribution technologies, has the highest potential to reduce transmission related greenhouse emissions.

The tangible benefits that can accrue from the implementation of DVB-T2 by a broadcaster include the fact that the power consumption of transmitters can be drastically reduced. This results in significant reductions in capital expenditure and reduced operational costs resulting from much reduced energy consumption. The implementation of DVB-T2 also offers significant reduction of the carbon footprint.

When comparing to other terrestrial systems and keeping all other parameters such as payload and coverage equal, DVB-T2 only requires between 10 and 25% of the power. This allows broadcasters to optimize their network either for higher capacity or lower power consumption.

Read more about DVB’s efficient and green broadcasting standards in the special “Keen to be Green” DVB Scene issue 38 (August 2011).