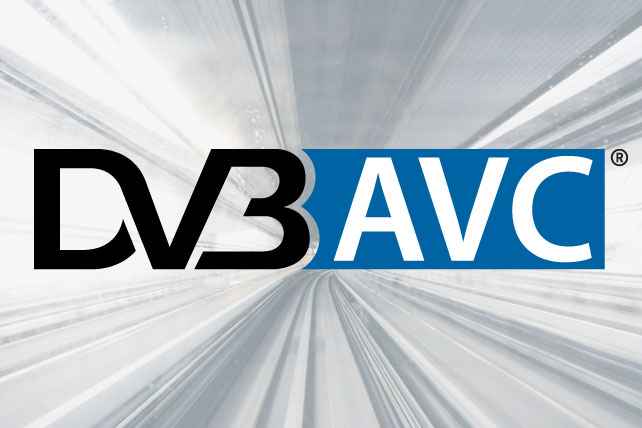 Commercial requirements approved for the addition of new video codecs to the DVB toolbox.

The DVB Project has endorsed commercial requirements for next generation video codecs to pave the way for advanced 4K and 8K services. Work will now commence to investigate the technical compliance of the candidate codecs with the commercial requirements and to develop draft specifications. The compliance of the proposed solutions with the IPR policy of the DVB Project is also being examined.

The new three candidate codecs that have been initially identified as candidates for addition are AV1, AVS3 and VVC. The three codecs can potentially extend the market reach of DVB solutions and bring new features and efficiencies. For maximum flexibility, DVB will also extend its existing profiling of the HEVC codec to 8K applications.

“DVB is a pioneer in the development of media distribution systems and it is preparing the way for advanced 4K and 8K systems in the future” said Peter MacAvock, Chair of the DVB Project. “The industry is watching our work closely and we are confident that DVB will again break new ground on television technology. We encourage all companies with a stake in this field to join our work.”

By specifying how to use next generation video codecs, DVB hopes to enable new video experiences such as 8K, as well as improved accessibility and personalization options. The greater efficiency promised by the new codecs will, for example, enable an increased UHD service offer on terrestrial broadcast networks and greater reach coupled with lower distribution costs for broadband delivery. More flexible distribution is also a goal, taking advantage of alignment across both broadcast and broadband delivery.

Support for 8K video is one of the key requirements defined, with resolution up to 7680×4320 pixels. High dynamic range (HDR) and high frame rates (HFR) are also to be supported.

To improve delivery models for 4K video, it is required that new codecs provide a data-rate saving of at least 27% compared to the existing HEVC codec in 4K broadcast applications, and of at least 30% for 4K in broadband applications. It is also required that new codecs can improve compression efficiency for lower resolutions, which could potentially reduce the environmental impact of media services when delivering to devices where 4K or 8K resolutions are not required.

To enable flexibility in distribution, the requirements include specifications for both transport stream delivery and DVB-DASH streaming. To assist convergence in workflows and implementations, it is required that the codec conformance points chosen for broadcast and streaming should be as similar as possible. Additionally, to facilitate the interoperability of DVB-I streaming services with mobile devices, there should be alignment with conformance points adopted by other relevant industry organizations.

An update to the DVB specification to include 8K profiles for the existing HEVC codec is expected to be completed in late 2021.

Preparatory technical study of new codecs has already been under way for some months. Work to evaluate technical compliance of candidate video codecs with the commercial requirements and to develop draft DVB specifications will begin now, with an initial focus on VVC.

Specification releases are expected during 2022 to cover all three new candidate codecs, subject to successfully validating technical and IPR compliance. A first release of specifications including VVC is expected in early 2022.