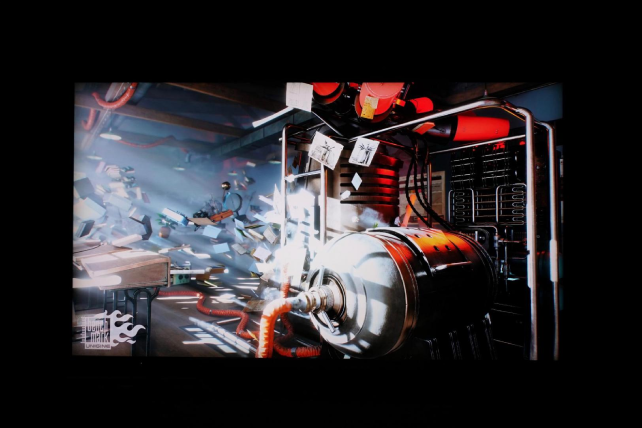 Satellite operator and DVB Member SES marked its annual Industry Days conference last week by showcasing the delivery of an 8K service over DVB-S2X. While the standard has been used for 8K tests in Korea, this was the first test to use parameters that would suit a DTH environment.

Leveraging the improved efficiencies enabled by DVB-S2X, the service was carried on a single 36 MHz transponder with a video resolution of 7680×4320 pixels. The video was encoded in HEVC and transmitted at a rate of 80 Mbit/s, four times higher than for a 4K signal.

SES partnered with Spin Digital for the demo and used 8K screens from Sharp/UMC. Thomas Wrede, VP of New Technology and Standards at SES Video said: “Even though 8K remains challenging with the video codecs available today, and is several years away from introduction to consumer homes, this demonstration shows that satellites are now capable of carrying 8K signals.”

The SES demo used DVB-S2X in Ku-band with 16-APSK modulation, forward error correction of 3/4 and 10% roll-off, in order to enable DTH reception. It used the Astra 3B satellite and was the first time SES had broadcast an 8K signal. The content had a frame rate of 60 frames per second and 10-bit colour depth.