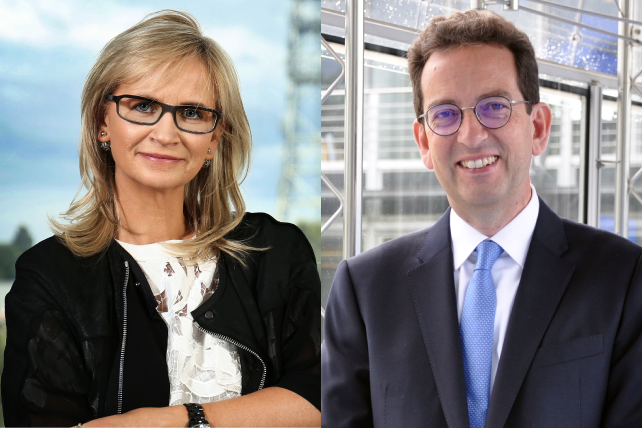 The keynote speakers for DVB World 2019 will be the Director-General of Ireland’s national broadcaster and the EBU Director of Technology and Innovation, ensuring that broadcasters will be at the heart of the event in Dublin. Early bird registration remains open until the end of January.

Dee Forbes, who will deliver the closing keynote at the conference, became Director-General of RTÉ in 2016, having previously been President and Managing Director of Discovery Networks Northern Europe. Prior to that she led Turner Broadcasting’s UK and Ireland business for many years.

She is leading RTÉ through what is a challenging period for all public service media, facing increased international competition and quickly changing audience behaviour. Introducing the broadcaster’s strategy for 2018-2022, she wrote that “RTÉ must prepare for a world in which unlimited on-demand choice, multiple screens and hyper-connectivity will increasingly become the norm for everyone.” Her keynote at DVB World will provide insights into how RTÉ is addressing these challenges.

Antonio Arcidiacono became Director of Technology & Innovation at the European Broadcasting Union in September 2018. As a former member of DVB’s Steering Board, representing his previous employer Eutelsat, he has followed the evolution of the organization for many years.

In his opening keynote in Dublin, Antonio will talk about the urgent need for broadcasters and regulatory bodies to engage with the work of DVB, where success has been built on the active involvement of all stakeholders. Important specification work remains to be done to ensure that EBU Members – Europe’s public service broadcasters – can embrace OTT while maintaining the secure and robust delivery associated with DVB services. This specification work will not be a success without broadcaster involvement.

DVB World 2019 is returning to Dublin, the city where it was held annually from 2001 to 2007. The programme features a particular focus on OTT and 5G, the latter in collaboration with programme partner 3GPP. There is also a pre-conference masterclass on Implementing HbbTV.

Early Bird registration is open until the end of January. The conference is at Croke Park on 11-13 March.