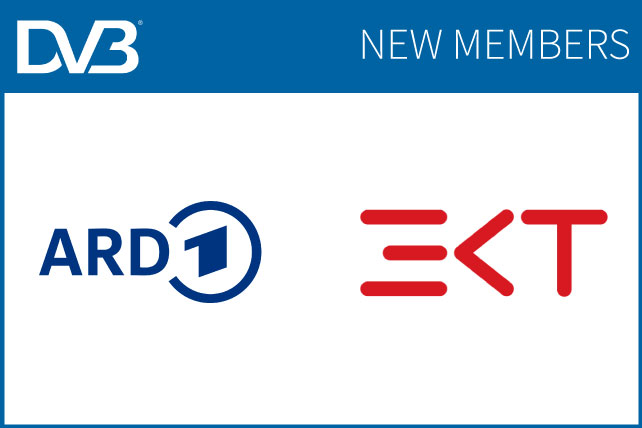 The ARD – the long form of which translates as the “Association of Public Broadcasting Corporations in the Federal Republic of Germany” – is composed of nine self-governed regional public broadcasting corporations. They are independent from the state or government and are publicly funded. The ARD offers a diversity of programmes on television, radio and several online platforms.

Wolfgang Wagner, Head of the Production and Technology Commission at ARD said “We are very happy to join the DVB Project. As one of the biggest public service broadcasting associations within Europe we consider it an obligation to be part of the Research & Development effort in this important field that will secure our future.”

“EKT has been delivering CPE (customer-premises equipment) devices with an integrated DVB front-end from our inception. As one of the founders of DTVKit.org, the open source DVB software stack, EKT recognizes the historical and future importance of DVB in the delivery of content” said Richard Smith, CEO of EKT.

“Now with the world changing to IP-based video delivery and EKT already offering MABR as standard, we are eager to join the DVB working groups once again, to ensure EKT can play its part in the ongoing DVB-MABR standardization. We are looking forward to contributing to and implementing the DVB-MABR standard and to help our customers deliver quality video to TVs and mobile devices alike.”