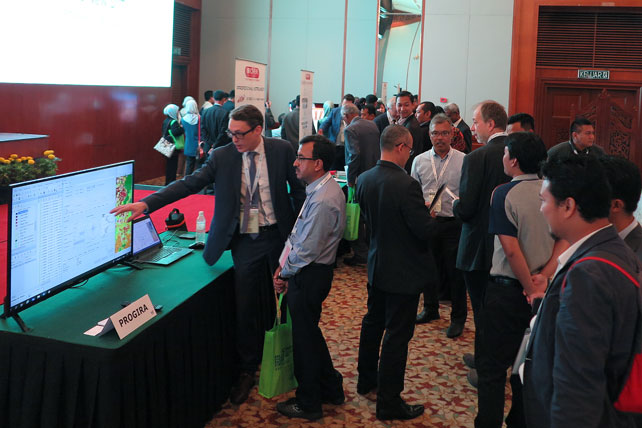 DVB, with the support of several Members, held a workshop on next generation digital television technologies at the annual ABU Digital Broadcasting Symposium in Kuala Lumpur this week. Topics on the agenda included DVB-T2, HbbTV, OTT and Android TV.

Following a set of informative presentations (from Progira, ENENSYS Technologies, Rover, TestTree, Dolby, Sofia Digital and Sony), delegates had a chance to try out the systems themselves. A set of hands-on demonstrations covered such aspects as setting up a DVB-T2 SFN, test and monitoring of broadcast networks, advanced audio features and the latest interactive HbbTV apps.

Around 125 people attended the DVB workshop. While the majority were from Malaysia, there were also delegations from Sri Lanka and Indonesia, as well as participants from Afghanistan, Singapore, Turkey and India.

The Digital Broadcasting Symposium (DBS) continued on Tuesday and Wednesday. Peter Siebert, DVB’s Head of Technology, gave a presentation on “5G and Broadcast” during the opening session on Tuesday. He spoke about 5G developments with a focus on FeMBMS and introduced two possible future scenarios: DVB services over a 5G infrastructure and DVB-I as a service layer for 5G. (A DVB study mission on 5G is ongoing.)

Peter Siebert’s presentation was followed by one from the Malaysian Minister for Communication and Multimedia. Speaking about new services for broadcasters, he stressed the importance of convergence with broadband and the role of HbbTV in that. The roll-out of DTT continues in Malaysia, although an official date for analogue switch-off has not yet been announced.

On Day 2 of the DBS, Peter Siebert chaired a session on “Delivery Technologies for the Future – UHD, 5G and more”. Speakers included representatives of NHK, KBS, WorldDAB, LS telcom and ENENSYS Technologies.