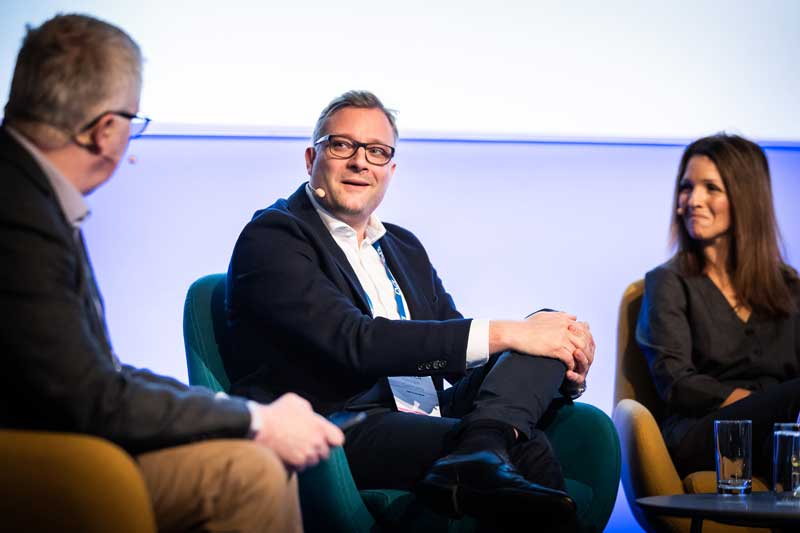 5G, OTT and Irish melodies round off DVB World 2019

DVB World 2019 came to a close today with a keynote from the Director-General of RTÉ, Ireland’s public broadcaster. Dee Forbes explained how the organization has been transforming to put audience needs at the heart of everything it does. While linear viewing over broadcast channels remains strong in Ireland, online platforms, including the recently relaunched RTÉ Player play in increasingly important role, particularly for younger viewers.

The day in Dublin’s Croke Park began with a session that explored whether some combination of 5G and DVB might represent the future of media delivery. With perspectives from broadcasters, an operator and a vendor, the session came at the topic from several angles. DVB’s Head of Technology Peter Siebert provided an update on the discussions taking place within DVB, where a Steering Board study mission on 5G was recently launched.

He set out a couple of possible scenarios – one that would make DVB services available on 5G connected devices and another that would see DVB services being enhanced using 5G functionalities – but stressed that it was still very early days for the study mission. A report is expected in July 2019.

The main focus of Day 2 at DVB World 2019 was OTT. There were updates on DVB’s work around Low Latency DASH and Multicast Adaptive Bit Rate streaming, along with a much-anticipated presentation on DVB-I. Peter Lanigan, CM-I group chair (and author of a DVB Scene article on the same topic) said the first specification can be expected in Q3 2019.

A roundtable on the future of standardization, with participation from Mozilla, W3C and 3GPP, and session looking into the longer term future of end-user media devices bookended the afternoon’s proceedings, which also included an update on video codecs and a look at whether 8K could ever become a relevant format for broadcasters.

The day ended on a lighter note with an introduction to some of Ireland’s traditional music styles from local performers Eoghan Ó Ceannabháin and Robbie Harris. It was a welcome change of pace following a day packed with presentations and panels that gave delegates plenty to think about.