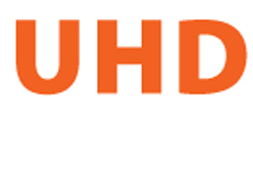 The DVB Steering Board has recently approved the Commercial Requirements for a first ultra high definition broadcast format (UHD-1 Phase 1) and the ‘baseband’ specification should be prepared in the coming months. This is intended for those beginning services in 2014/15.

In the run-up to the preparation of the requirements for second level, UHD-1 Phase 2, by DVB, for those intending services in 2017/18, there have been two major meetings providing insights that will help the DVB discussions.

The first was the autumn ITU-R meetings at which there were agreements to add several elements to the ‘high frame rates’ included in the baseline UHDTV Recommendation, BT 2020, including the 100Hz that earlier DVB meetings suggested was needed. In addition, a new landmark Recommendation for advanced audio was agreed – this audio system may be useful for DVB UHD-1 Phase 2, and any future   Phases.

The second event was an EBU Fact Finding Workshop, which brought together representatives from Europe, Japan, the US, DVB, the SMPTE, the ITU, the CEA, DE, and the national UHDTV platforms, to try to see how clear or misty the UHDTV ‘roadmap’ is. The conclusions were that the weather ahead is partly clear and partly cloudy. The timescales for UHDTV trial services are firmly set down for Korea and Japan, and the age of UHD-1 is likely to begin there in 2016. In Europe and North America, the public may first face a ‘transition’ when services that are in some ways UHDTV will be provided by OTT internet, though we cannot say at this time exactly what technical quality they will be. This will be followed probably by some Pay TV services. Furthermore, there are also two principal standards gaps that need to be filled before a decision on a DVB UHD-1 Phase 2 can be taken – for the ‘metadata’ and ‘high dynamic range’ system.

The ‘long march’ to UHDTV continues.